ALL ROADS LEAD TO MELBOURNE

Walking up the stairs in my Sydney house-sit, some old copies of Conde Nast Traveller in a stack of magazines caught my eye.

A copy of Conde Nast had prompted my move to Melbourne, Australia almost exactly 3 years ago. For some reason I had a feeling that very edition would be in the pile. I scanned the dates. Magazines On The Stairs

And there it was! August 2013. It was one of only 3 random old editions. What are the chances of that same edition being here, three years later on the other side of the world?

I picked it up and scanned through but couldn’t find the Melbourne article that had prompted me to move there. It was ripped out! Odd. My friend Lindsay agreed it was spooky. I proceeded to tell Lindsay about the other strange Melbourne-related coincidences which had lead me to moving there in late 2013, when all roads seemed to point to Melbourne:

On a train near Hackney, London in summer 2013 I had found a discarded copy of Conde Nast Traveller. It’s exotic glossy cover stirred my hankering for novelty and adventures.

I flicked through and found an article about Melbourne: how livable it was, with a growing cultural scene and pop-up home restaurants. I didn’t think much more about it but took the magazine home.

That summer in London I kept hearing about Melbourne. How it’s the world’s most livable city. It sounded arty and cultured, my kind of city. I felt drawn to it.

One sunny Sunday I was moping at home in my garden flat in Crystal Palace. It was not long after a breakup and I was fed up and really questioning my way of life. The rollercoaster between dull office work and over-indulgent nightlife left me exhausted and unfulfilled.

After 6 years in London I was ready for a change. I needed novelty.

The travel magazine still sat on my coffee table.

My friend Rachel was driving by that day and popped by to see me. She had been feeling similarly fed up of London. In my living room she picked up the Melbourne issue of Conde Naste traveller from my coffee table “Ahhh, I love Melbourne’. We chatted excitably about Melbourne and how she planned to move there. The galleries, street art, rooftop bars, cafe culture and people she’d met. “Come with me!” she shouted. The edition that prompted my move to Melbourne 3 years ago

“I can’t just move to Australia!… Actually…this may be the best idea you’ve ever had!” I was scared and unsure but excited at the prospect of such a huge change. I had always wanted to live in Australia.

In typical Rachel ‘do it now’ style she persuaded me to do the application for a working holiday visa there and then instead of ‘thinking about it’.

30 minutes later I had applied for a working holiday visa in Australia.

Even more bizarrely, prior to finding the magazine on the train, the two other places I had considered moving to were two towns in England, both called Melbourne! (Melbourne and Melbourn)

The company I worked for had one other office in England, in a pretty village called Melbourn near Cambridge. I’d requested a transfer there for a change from London, but my boss said no.

I’d also considered moving to Melbourne, Derbyshire with my ex who had a specialised job he could only do there or London. That Melbourne is near where I grew up, a favourite place of my parents with it’s tasteful stone houses and green countryside walks.

In English winter 2013 I gave away most of my stuff and left London.

After a Christmas at home I flew to Melbourne. I stayed with Rach and her Aussie boyfriend in sunny trendy Brunswick for the first couple of months before finding a job. Our House in Brunswick

I deliberately missed my return flight after 5 months. I’ve been in Australia almost 3 years now. It was the best decision I ever made. I haven’t been home once yet! So back to the present day in Sydney: The morning after finding the magazine in the house sit with the missing Melbourne article, I had a call from Rach in Melbourne out of the blue.

I asked if she was ok. “Not really” she replied. She told me she has to leave Australia. She broke up with her de facto partner on bad terms and he had emailed immigration who cancelled the visa. (I bumped into him in Canberra the other weekend – another odd coincidence!)

Her work can’t sponsor her as they’re a non profit. She no longer has a visa to work in Australia. So her Melbourne chapter has come to an end after 3 years living in her favourite city. She moves back to England next month. The missing Melbourne article in the magazine had even more significance!

I’ve noticed odd coincidences like this happen more when I’m travelling vs in a more stable routine situation. Especially when ‘following my heart’ and doing things on gut-feeling or impulse. (Despite being settled in Sydney with an office job, I’m currently dog sitting in a new area for a change of scene. So it’s a break from the usual routine.)

Does anyone have similar experiences of strange coincidences and synchronicities when travelling? I’d love to hear! Tell me in the comments! 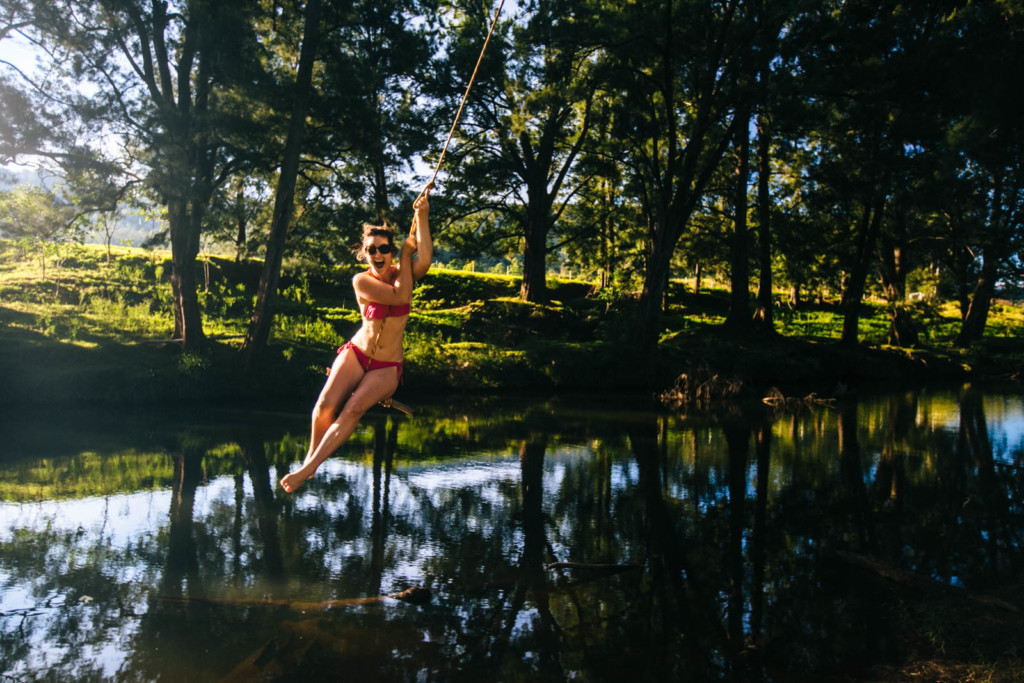